CIA torture whistleblower John Kiriakou went home yesterday after serving 24 months at a Pennsylvania prison. He announced his release via Twitter with a heartwarming photo of his youngest children happily cuddled with their father. 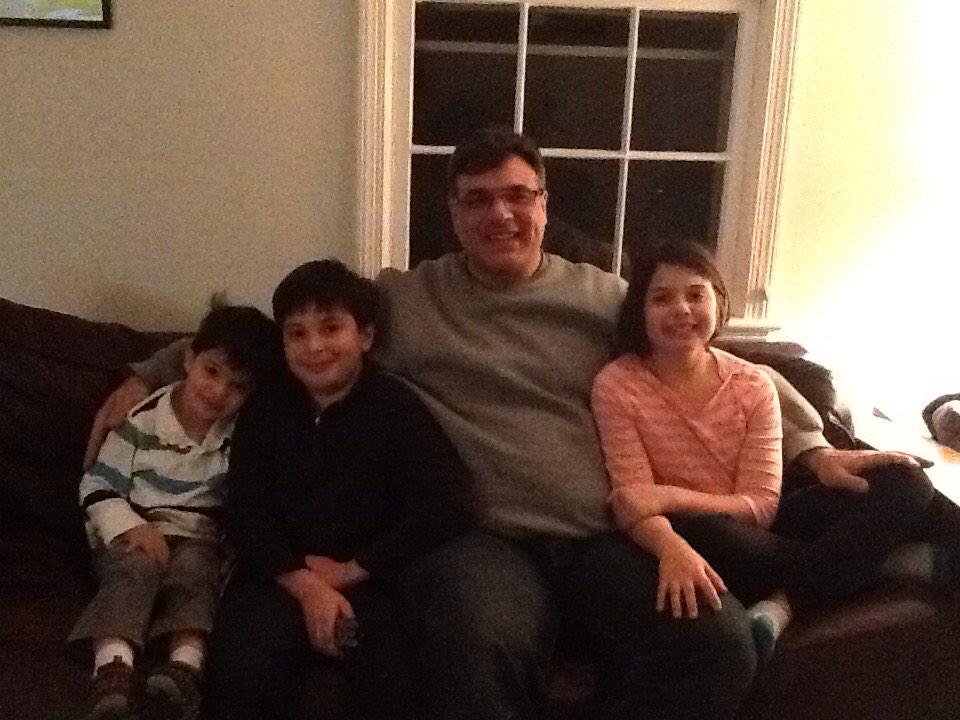 The Government Accountability Project, a whistleblower organization that represents Kiriakou, provides this summary of Kirakou’s case.

In 2007, Kiriakou publicly confirmed the CIA’s use of waterboarding and revealed that torture was government policy, not the work of a few rogue agents. He later wrote a book highly critical of the CIA’s torture policies. The CIA filed half a dozen unsubstantiated crimes reports against Kiriakou before the Justice Department charged him with violating the Espionage Act. Kiriakou is one of eight people whom the Obama administration has prosecuted under the Espionage Act for alleged mishandling of classified information, more than all past presidential administrations combined.

Faced with incurring millions of dollars in legal fees and up to 45 years of incarceration, away from his wife and five children, Kiriakou pleaded guilty in October 2012 to one charge, in exchange for a two-and-a-half year sentence. The government dropped all four of the remaining charges, including all of the Espionage Act charges, and Kiriakou entered federal prison on February 28, 2013.

The information in the Senate report did not appear overnight, like mushrooms after a heavy rain. The committee had access to much of the evidence long before its public release, but Kiriakou remained in prison while legislators and administration officials debated over redactions. He was still in prison when Senators Diane Feinstein and John McCain called for compassionate non-prosecution of former CIA Director David Petraeus.

As a witness to crime, John Kiriakou should have been protected by the government. Instead, the government punished him, and his entire family.  Kiriakou’s  small children were denied a father for two years, his wife was forced from her job, and legal expenses left the family deeply in debt. Kiriakou is not entirely free, either. He’s confined to his home until his sentence officially ends in August.

To date, none of those who authorized or carried out waterboarding and such have been held accountable. Some former officials even continue to promote the abhorrent practice.

← Victory! Supreme Court rules in favor of Robert MacLean and whistleblowing
A tendency to follow the herd rather than whistleblow may be part of our evolutionary past →